Dr. Brongo, Chief of Staff, is originally from upstate New York. Having been in New Jersey for a number of years, she received her bachelor of science degree in animal science from Rutgers University, Cook College, where she did some interesting thesis work with a rare species of pigs at the Bronx Zoo. After Cook, she headed west to Oklahoma State University (OSU), where she earned her DVM degree.

At OSU she concentrated on small animal internal medicine and surgery and was involved in numerous outreach programs. She received awards for promoting the human-animal bond, excellence in the field of small animal nutrition, and representing her class and school to the public at large. For three years, she was a class representative, acting as a liaison between faculty and students.

She now lives in Brick with her large family of animals. She practiced for several years in North Jersey before coming to Brick Town Veterinary Hospital. When not practicing medicine, she enjoys biking, hiking, going to New York City theatre, relaxing with her family, and spending time with friends. 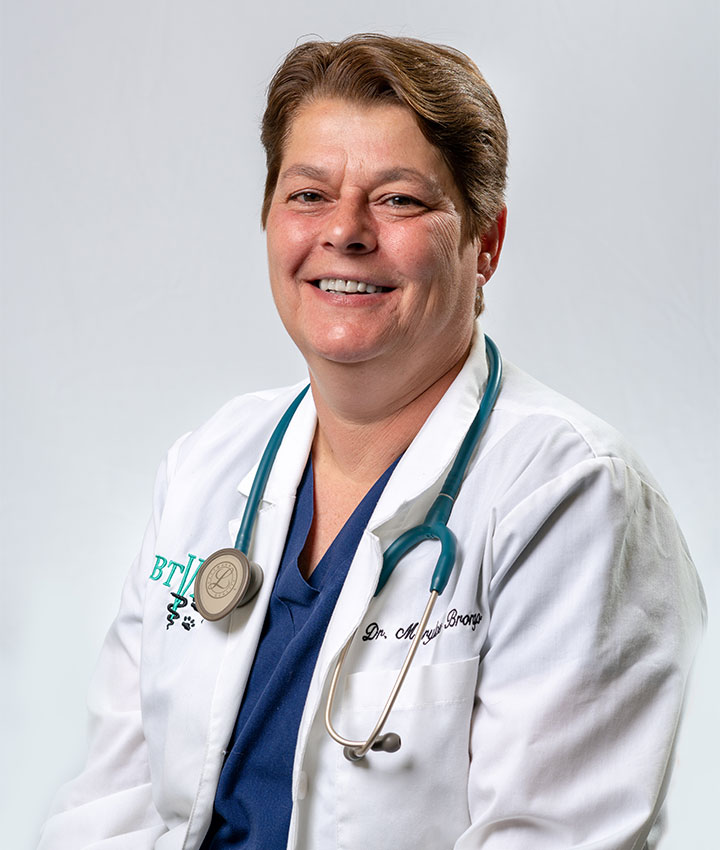